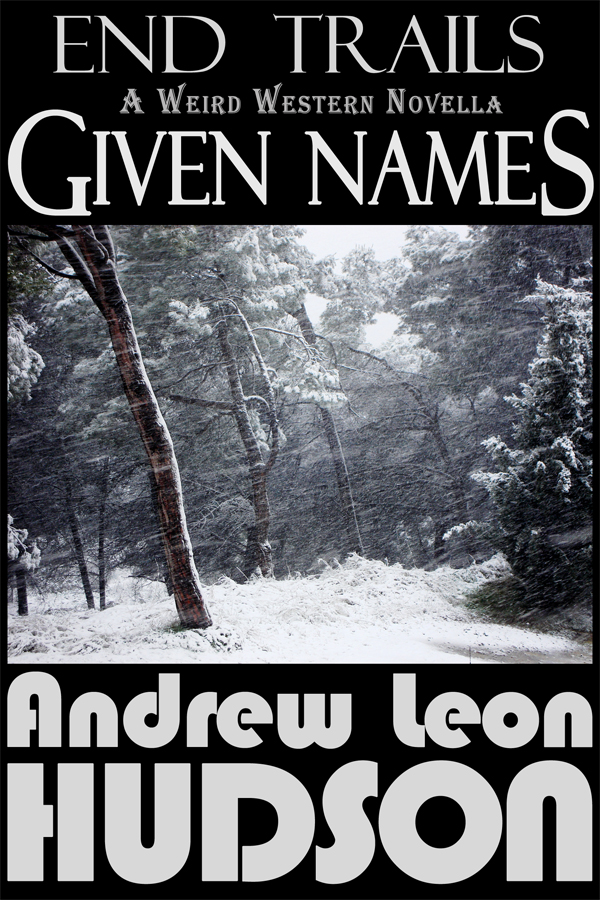 Given Names, the second book in the End Trails series, is now available from both good and evil online retailers.

Given Names is available at half price only through February – go to Smashwords and purchase with the code:

Travel the End Trails – paths into hidden places, taking you toward the unknown and from which return is far from certain. Tales of things not believed in from the comfort and safety of civilisation and only whispered about on the distant fringes of exploration, all waiting in the wilderness.

In Given Names, a Native American boy comes of age only to have the future he imagined snatched horribly away, leaving only doubt. No-one knows where the path through life will lead – but one thing is for sure: what we are at the end won’t be the same as who we were at the beginning…

This is another tale to be told around the camp-fire, something dark to unsettle the mind, before you settle down to sleep.

I said it before, but forgot to mention above, that my cover image was taken by Flickr user David Boté Estrada, and the original can be seen here. In fact, I didn’t edit it in the slightest, that’s just exactly how cool a picture it was from the start! Many thanks to David for licensing his work through

6 thoughts on “GIVEN NAMES”