While testing the waters of self-publishing this year, I’ve had my ebooks available through Smashwords, Barnes & Noble, the Apple Store, and Amazon — but for the next three months at least, those options are shrinking to one.

The five books in End Trails and Dark Matters are now in Amazon’s Kindle Unlimited program, which means that service subscribers can read them for free! Non-participating customers can still buy them too, but since KU demands exclusivity that means sadly they can’t be found anywhere but Amazon for as long as they’re signed up. 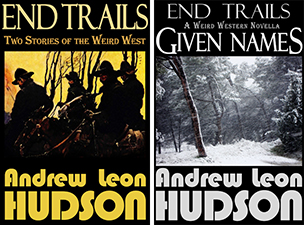 There will be one more Dark Matters book out right after the summer, and two more End Trails before the end of the year — but before either of those, I’ll be putting out two short books that will be free to all, regardless of whether you’re a Kindle Unlimited reader or not, so I hope you’ll give them all a try when they appear!

2 thoughts on “Limited to Unlimited”